One person was killed, and sixteen were injured after a Toyota SUV slammed through the front window of an Apple shop in Hingham, Massachusetts, causing chaos.

Monday morning at approximately 11 a.m., the event occurred on Derby Street. Photos and videos on social media depict a massive hole in the glass window, a car parked in the store’s rear, and firefighters surrounding the ground as individuals became trapped inside.

Several victims, including several pinned by the car, were discovered outside and inside the store. Prior to the crash, the store had just opened. 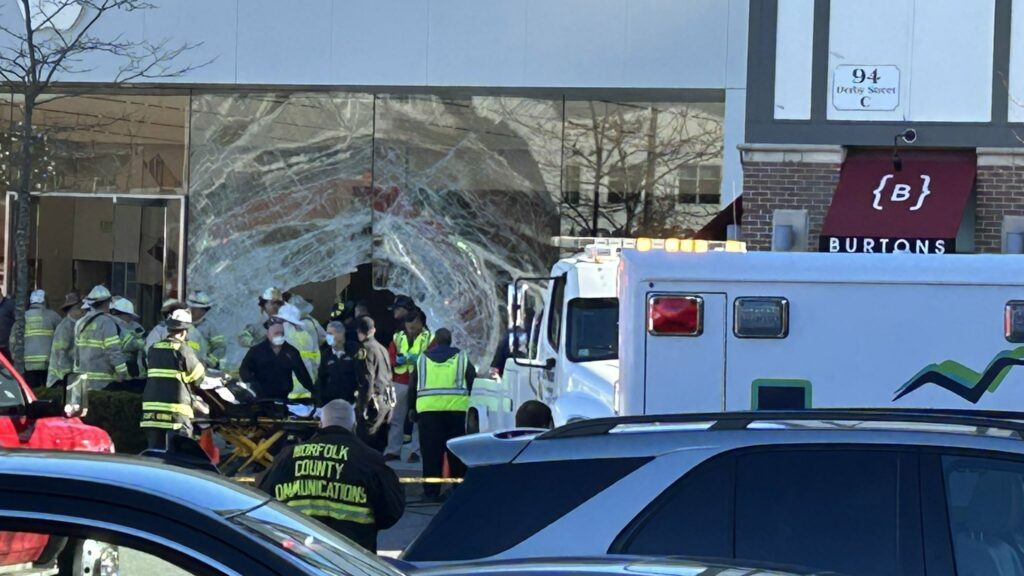 According to Apple, the deceased man was a construction worker. The district attorney’s office recognized him as Kevin Bradley, 65, from New Jersey. Plymouth County District Attorney Tim Cruz stated that sixteen additional patients were being treated at area hospitals.

Doctors at South Shore Hospital reported receiving 16 patients during the course of 45 minutes. According to Dr. Christopher Burns, chief of trauma at the hospital, multiple patients have life-threatening and limb-threatening injuries.

The driver, according to Tim Cruz, was a man who was in the presence of police officers following the collision. He said that he could not say whether or not prosecution action would be taken but that an “active criminal investigation” is already underway.

The SUV drove directly through to the back of the store, pressing some customers and personnel against the wall. Cruz stated that “clearly the Apple Store is crowded.” Authorities did not remark on the store’s crowding at the time of the event.

What we Know So Far

Apple stated in a written statement, “We are appalled by today’s horrific events at Apple Derby Street and the devastating loss of a colleague who was on-site working with recent store improvements.”

According to a preliminary investigation, the dark-colored 2019 Toyota 4Runner crashed through the glass facade of the Apple Store “at an unknown rate of speed,” impacted several people, and smashed with the rear wall, Cruz said. 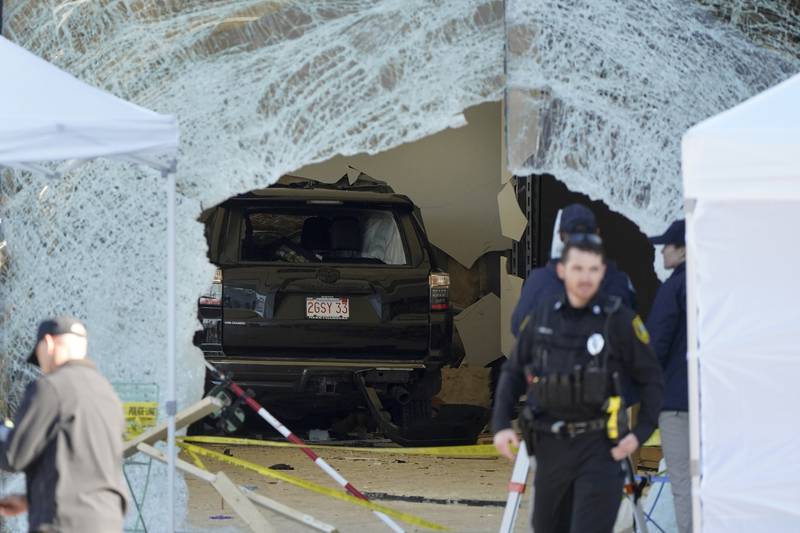 In a statement, the Town of Hingham conveyed its thoughts and sympathies, noting in part, “We understand that in the aftermath of today’s disaster, there are those who require physical and emotional healing. As with those who have experienced loss or damage in the recent past, the municipality will assist those in need. We never stand alone. Our town is unified.”

According to the Hanover Fire Department, the Plymouth County Technical Rescue Team was activated to aid injured or entrapped victims. Additionally, multiple firefighters from the Rockland Fire Department were requested to assist.

A medical helicopter was initially dispatched to the location but was afterward canceled. Several ambulances were observed transporting injured individuals to medical care.

At approximately 3:45 p.m., the SUV was taken from the premises. The driver, who has not been identified publicly, is in police custody and has not yet been transported to the hospital. 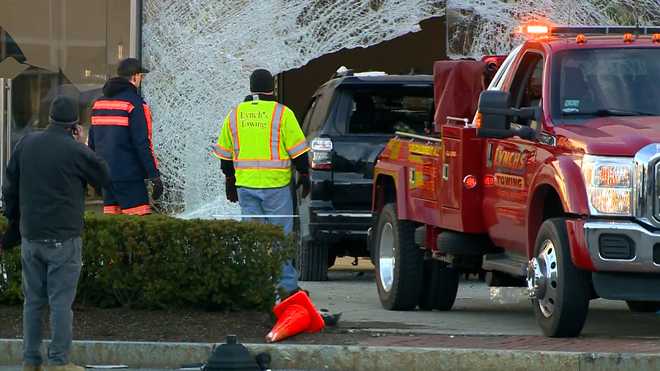 The police were investigating but did not immediately state whether they thought the collision was accidental. At a news conference, Plymouth District Attorney Timothy Cruz stated, “This morning was unimaginable, and people are attempting to get through it and comprehend what occurred.”

Murphy reported that seven fire engines and fourteen ambulances were dispatched to treat the injured people. The chief was incapable of providing updates on the victims’ conditions. Cruz stated that authorities are not publishing the injured people’s names since they are notifying their families.