On November 19 in Texas, Jason David Frank, the actor who originated the part of Tommy Oliver/Green Ranger in the “Power Rangers” franchise, passed away at 49.

According to numerous unofficial sources, Jason David Frank committed suicide. His admirers are understandably frightened after hearing this news. Numerous notable individuals have extended condolences to the family of the deceased.

In a statement to TMZ, Jason David Frank’s representative confirmed the news and asked that the privacy of his family and friends be respected as they mourn the death of such a lovely human being. He had a deep affection for his family, friends, and admirers. He will be truly missed.”

Who was Jason David Frank

Frank was born in Covina, California, and was originally the Green Ranger, Tommy Oliver, in the early 1990s. He portrayed the character in both the television and film incarnations of the immensely successful Power Rangers franchise. In addition to being an action hero on-screen, Frank was proficient in Taekwondo, Judo, Brazilian Jiu-Jitsu, and Muay Thai.

About Frank’s Journey in The Film Industry

The Fox television series Mighty Morphin Power Rangers, about five youths tasked with protecting the planet from evil, premiered in 1993 and became a cultural sensation. Rita Repulsa brainwashed Tommy Oliver, played by Frank, early in the first season, and he was first portrayed as a villain. However, he quickly joined the squad as the Green Ranger and became one of the most famous characters on the show.

While the part was initially scheduled for 14 episodes, the actor grew in popularity, playing Tommy Oliver, the Green Ranger, in the successful series. Due to his immense popularity, he was invited again as the White Ranger and the team’s new leader for 123 episodes of the original series. He went on to play various parts in subsequent movies, television programs, and video games.

What are Frank’s Friends Saying

Walter Emmanuel Jones, the original Black Power Ranger who co-starred with Frank in “Mighty Morphin Power Rangers,” uploaded a picture of him with Frank and other co-stars that he could not believe it. Jones added, “The passing of another member of our special family saddens my heart.” Thuy Trang, who portrayed the first Yellow Power Ranger, passed away at age 27 in a car accident in 2001.

His trainer and close friend Mike Bronzoulis posted a photo of the two on Facebook along with the following comment: ‘RIP my brother from another mother..I’m still in shock, I’m feeling terrible he called and left a message…’ I shall miss Jason, who was a good friend of mine…’ 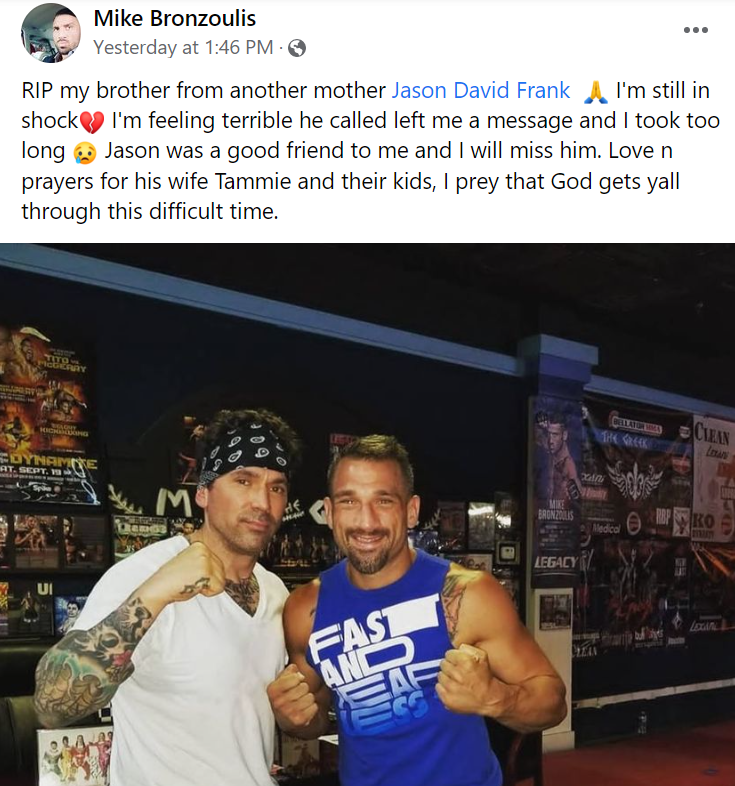 Artist BossLogic also appeared to confirm the news via Twitter, writing, “Rest in peace, Jason David Frank.” Just talking to you a few days back… This is distressing. My deepest condolences to the family…

Blake Foster, who played alongside Frank in Turbo: A Power Rangers Movie (1997), posted the following on Instagram: “Can’t believe this … Cried all night. Heartbroken yet again. I lost my hero, our leader, my friend, and an icon. Life sucks, man.” Jason David Frank Dies 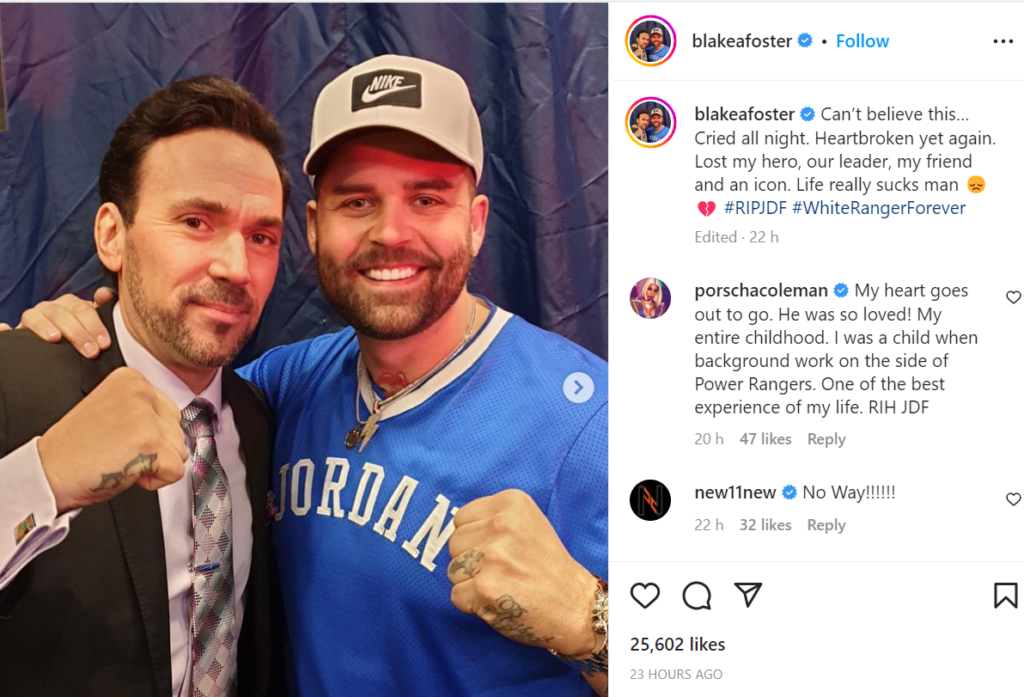